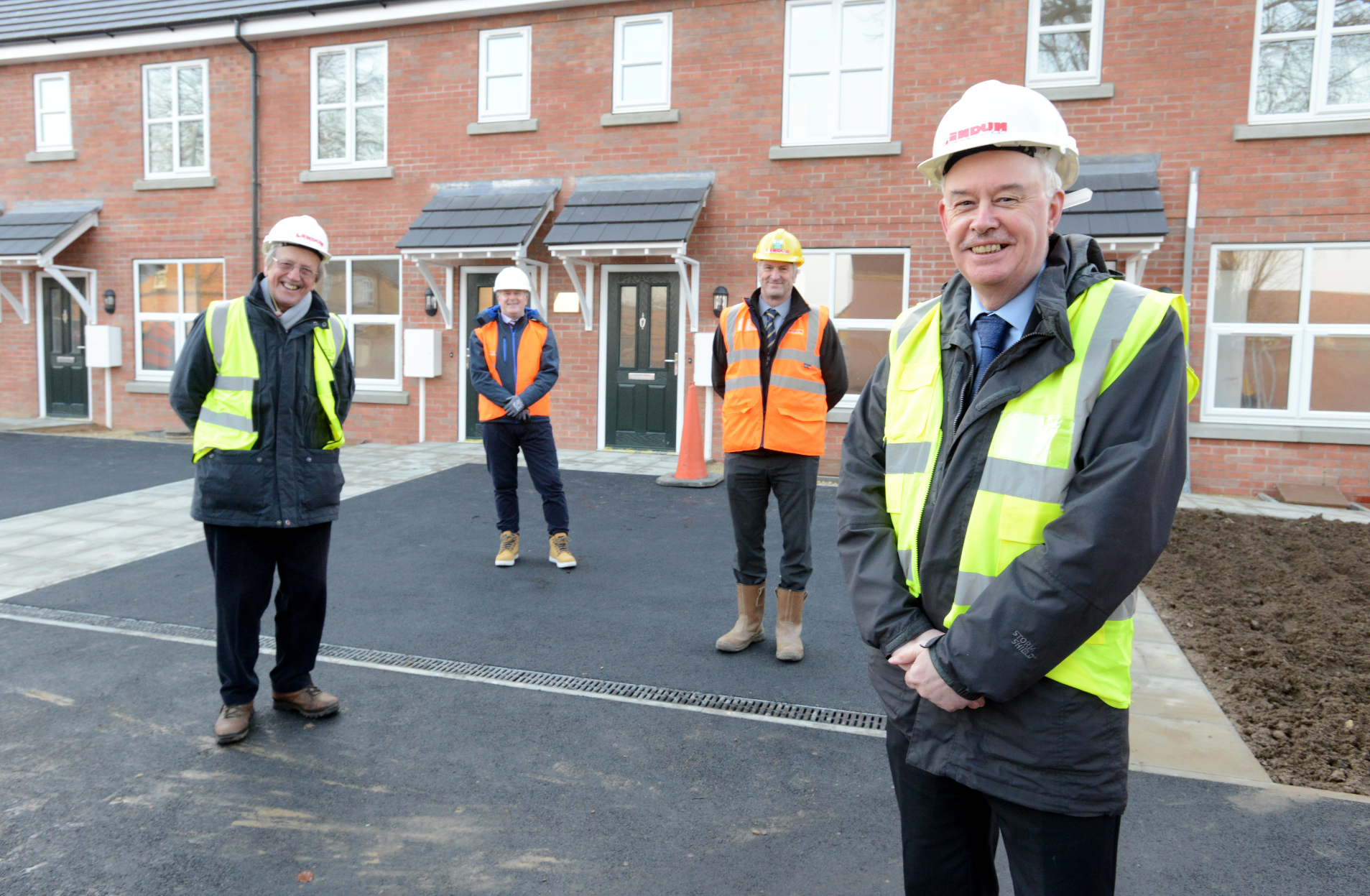 City of Lincoln Council has celebrated the completion of works to bring further affordable housing to the city.

Works to demolish Markham House at Swift Gardens to make way for five much-needed two-bed, four-person family homes to be let at affordable rents by City of Lincoln Council began in February 2020.

Now, the five new two-bed homes have been completed, with tenants expected to move in during December 2020.

Markham House was previously a vacant community building in St Giles, which had planning permission granted in 2019 to be demolished and the site developed to make way for extra housing provisions.

The homes all benefit from increased insulation levels, which in turn will reduce energy bills and support the council’s long-term aim of providing energy efficient housing for the benefits of residents and the environment.

The homes have also been built to meet the Lifetime Home Standard with wider doorways and turning spaces allowing for wheelchair access should this be required.

This also means the homes are more easily adaptable in future should changes such as the addition of a level access shower to the ground floor of the property or a hoist be required.

Tenants would then have more options in the future to adapt their home, rather than having to move.

Lindum Building and Maintenance Services (BMS) has now completed this project on behalf of City of Lincoln Council.

Lindum contracts manager Shaun Cass said: “The project was completed using both Lindum employees and local subcontractors. It ran smoothly, despite a short interruption caused by the pandemic.

“Firstly we demolished the old community centre, which was carried out by Lincoln-based UDCS. We then built the new homes on almost the exact same footprint.

“The houses will be a welcome addition to Lincoln and will be lovely homes for their new occupiers.”

The work was awarded to Lindum via the Scape Regional Construction framework.

As part of the contract, Lindum is required to provide additional ‘social value’, which should equates to at least 20 per cent of the project value.

In total, the ‘social value’ generated was £685,000 – which is actually more than 65 per cent of the contract value. This has been calculated using the Social Value Portal, which measures things like the impact of buying from local suppliers, the impact of appointing local subcontractors and the benefits of using apprentices (four of which worked on this scheme).

It also takes into account the value of volunteering and working with not-for-profit businesses.

Shaun added: “We commissioned East Midlands Wood Recycling, a social enterprise, to make wooden bike sheds for each property. We also paid them to make a wooden picnic bench that we will be donating to the local school, which allowed us to use its car park during the works.

“Also, as part of the contract, we offered the client five days of volunteering time and that is being used to decorate the offices of the Lincoln branch of Samaritans.”

Cllr Donald Nannestad, Portfolio Holder for Quality Housing at City of Lincoln Council said: “It is great to see the site of the former community building put to use, providing much-needed homes for couples and families in the city.

“Developments such as this one at Markham House enable us to build more thriving communities in Lincoln, consisting of homes that meet the varied needs of our residents in popular residential areas.

“This site highlights our commitment as a council to providing quality housing within the city.”