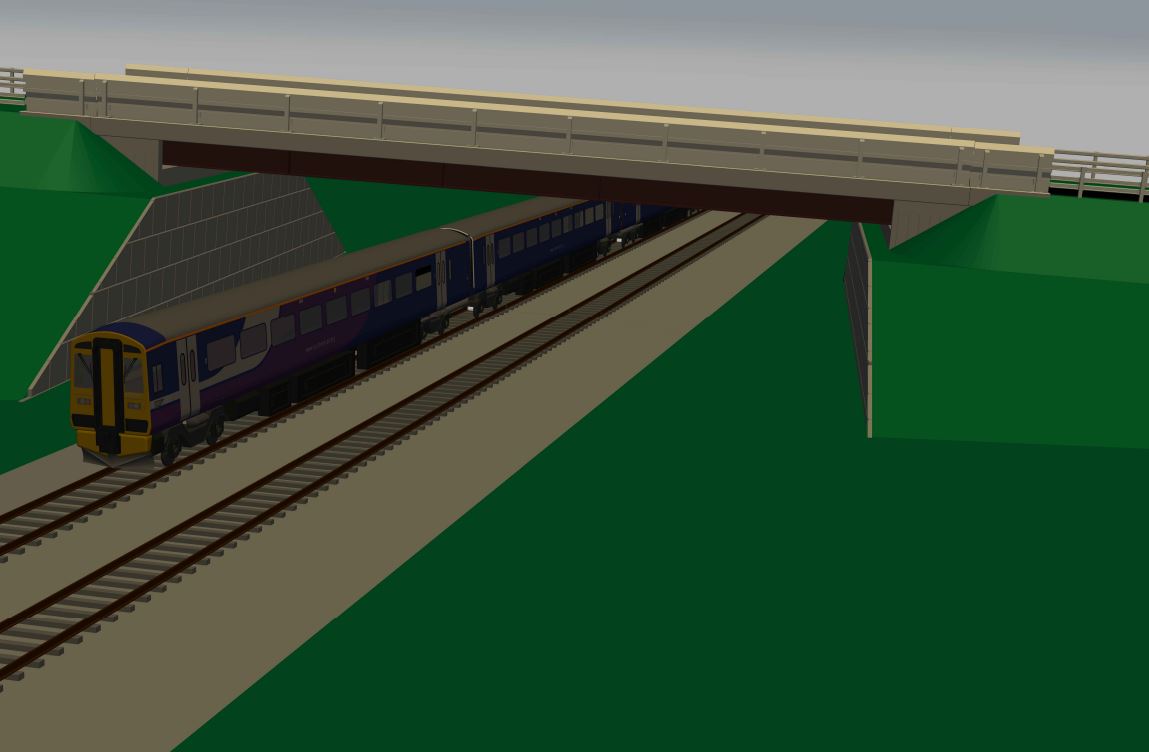 Resident support is being sought for a £20 million bid to Government as part of its Levelling Up Fund Round Two, which will be used to alleviate traffic on Skellingthorpe Road.

City of Lincoln Council, in partnership with Member of Parliament for Lincoln, Karl McCartney, will submit the bid for £20 million on 30 June. If successful, the funds will be used to create a road bridge linking the city’s Western Growth Corridor development to Tritton Road.

Plans for Western Growth Corridor (WGC), to include 3,200 homes, a shopping area and business units were approved in January 2022.

Concerns have been raised about traffic on Skellingthorpe Road which, due to the level crossing, faces congestion issues daily.

Through the Wester Growth Corridor development, alongside the city’s MP, City of Lincoln Council are looking to address this by bringing forward plans for a road bridge over the railway.

This would attract traffic onto the spine road through the development, above the trainlines and onto Tritton Road, bypassing the existing crossing and alleviating congestion in the area.

Subject to a successful bid, the £20 million from the Government’s Levelling Up Round Two programme would see the bridge completed by March 2025, with work anticipated to start at the end of 2023/beginning of 2024.

Now, the city council is seeking resident support to accompany the bid documentation.

Cllr Ric Metcalfe, Leader at City of Lincoln Council said: “The Western Growth Corridor is one of the most important developments in the city’s long history.

“I am happy to support this £20 million bid to government for Levelling Up funds to help bring forward our plans for a bridge over the railway. We have listened to residents’ concerns and building this bridge in the first phase of development will have a positive impact on traffic issues in this area of the city.

“I’d encourage residents to show their support for this project to bring forward these much-needed plans.”

Karl McCartney, Member of Parliament for Lincoln added: “Whilst I have long campaigned for other improvements to the road network around our city, I know that with the recent planning application for the WGC being granted, we will need to manage the added traffic in the west of our city. By far the best way to do this, is to have a proper bridge going over the railway in this area of Lincoln and this must be available for all types of traffic.

“This much-needed bridge will also help deal with the existing traffic congestion on Skellingthorpe Road and Doddington Road too, creating a win-win situation for everyone. This is because it will clearly provide a significant improvement for those who live locally in trying to get in and out of, or across, the city on a daily basis.

“My support for this project is dependent on the WGC ‘spine road’ being fully open to all traffic, ensuring this infrastructure will benefit those residents in Birchwood and Hartsholme who currently struggle with the congestion on Skellingthorpe Road and elsewhere. The new residents who will move into the WGC in coming years will of course benefit too.

“The Government’s Levelling Up agenda is all about improving our city’s facilities and infrastructure, and help Lincoln achieve the ambitious aspirations we all have for our city. Therefore, I am pleased to support this bid to the Government, of which I am a part, and will do all I can to secure such benefits and improvements for all my constituents.”

To show their support for the £20million bid, City of Lincoln residents are asked to email wgc@lincoln.gov.uk by midday on 28 June.

City of Lincoln Council has partnered with the Boultham Park Advisory Group to host a weekend of celebrations as it joins the annual Summer Fair with its rearranged Queen’s Platinum Jubilee event. Lincoln Gov …

Resident support is being sought for a £20 million bid to Government as part of its Levelling Up Fund Round Two, which will be used to alleviate traffic on Skellingthorpe Road. Lincoln Gov …