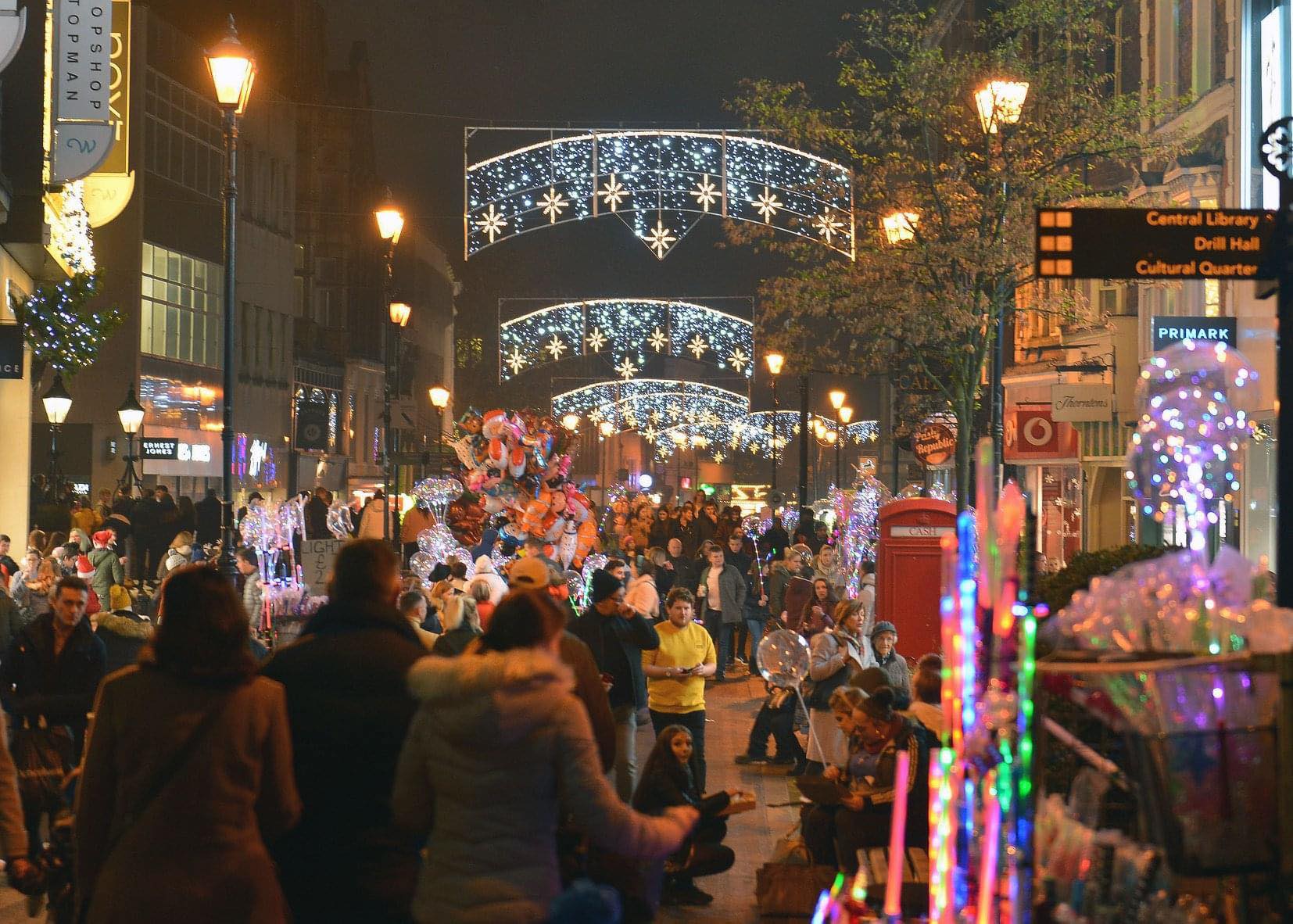 City of Lincoln Council’s Civic Party, along with special guests and BBC Radio Lincolnshire’s breakfast show presenter Sean Dunderdale will start Christmas in the city with a light switch-on event.

Taking place on 18 November at 7pm, the Right Worshipful the Mayor of Lincoln Cllr Jackie Kirk and her consort, City Sheriff and Lady, Steve and Lyndsay Dixon, guests from New Theatre Royal’s 2021 pantomime and media partner BBC Radio Lincolnshire will officially switch on the lights.

The evening event will see a range of entertainment from 4.30pm, including festive songs, unicycling and juggling throughout the evening from Ady Lee of Feet First Entertainment, DJ sets, fairground rides and a special performance from Zoe Hanna May, who will play Belle in New Theatre Royal’s Beauty and the Beast later this year.

Special guests, who will join the civic party in turning on the lights include Jake Quickenden, who will star as baddie Flash Hugo in the Lincoln pantomime, and is best known for is appearances on the X Factor and I’m A Celebrity Get Me Out of Here in 2014.

The lights at St Marks Shopping Centre will be officially switched on at 6pm.

From 7.30pm, the lights will then be officially switched on at Lincoln’s Waterside Shopping Centre by BBC Radio Lincolnshire’s Carla Greene, and New Theatre Royal’s Panto stars, Chris Johnson and Zoe Hanna May, will be interviewed live on stage.

Cllr Jackie Kirk, the Right Worshipful the Mayor of Lincoln said: “The Lincoln Christmas Light Switch-On event was dearly missed last year due to the UK’s coronavirus pandemic, but I am thrilled to announce we will be going ahead this year.

“This event really does kickstart the festivities in the city, and I for one am extremely excited to welcome both visitors and residents next month.”

Kate Fenn, Civic & International Partnerships Manager at City of Lincoln Council and organiser of the event added: “We are delighted that the Lincoln Christmas Lights event will be happening again this year.

“We look forward to a great evening’s entertainment and to welcoming everyone to join in the festivities and celebrate the season!”

Natalie Hayes-Cowley, Artistic Director at New Theatre Royal Lincoln said: “We were thrilled to be asked to take part in this year’s Christmas Light Switch-On again, especially after we all had to miss a year.

“Our pantomime cast members always love the event, and I know Jake Quickenden is already massively excited to get out on that stage, say hello to everyone, and get us all in the Christmas spirit.”

“We’ll have a live DJ to get the crowd in a Christmas party mood and entertainment to build up to the big moment when Lincoln lights up for the festive season.

“We can’t wait to be involved. We’ll have brilliant music and star guests on stage who’ll really bring sparkle to the occasion.”

Visitors will also benefit from free car parking between 4pm and 9.30pm on 18 November for the event at any City of Lincoln Council car park by either visiting Lincoln Central Car Park, or by using the PaybyPhone app at all other council-owned car parks in the city.