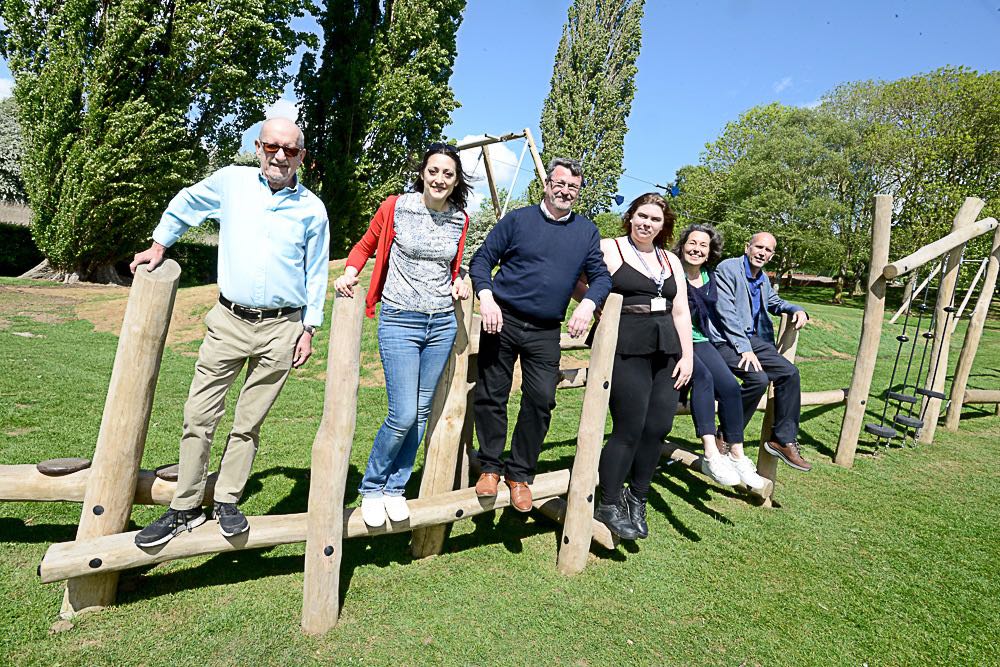 City of Lincoln Council has officially opened a play area adjacent to the city’s West End following a £150,000 refurbishment.

Contractors KOMPAN have now completed works to update and enhance Whitton’s Park, which is a key play site situated on Long Leys Road in Carholme Ward.

As part of the refurbishment, KOMPAN has now:

Funding for this project came from a developer contribution of £152,413 held by the city council, which could only be spent on play equipment in the West End of Lincoln.

Whitton’s Park was highlighted as the only viable option in the area for the enhancement of play opportunities in the West End, using the funds allocated.

Cllr Bob Bushell, Portfolio Holder for Remarkable Place at City of Lincoln Council said: “We are very pleased with this positive enhancement to a much-used play area in the city.

“Over the past two years, we recognise play areas have been essential for the mental health of young people visiting and enjoying the site and we are proud to re-open this area for families to enjoy for many years to come.”

Jon Davies, Secretary for the Long Leys Residents Association added: “LLRA wishes to thank the contractor and the city council project team for delivering this brilliant playpark upgrade which will be enjoyed by children from Long Leys, the West End and Castle Ward for many years to come.

“LLRA’s thanks also go to all those who contributed to the original consultation on the playpark, the group of parents who helped put together the project proposal, and our neighbours from the West End Residents Association who provided support throughout the project.”

A spokesperson for KOMPAN said: “KOMPAN are delighted to have been awarded the project for Whitton’s Park following the great feedback from the local residents’ group regarding our design and equipment.

“Our brief was to offer a solution to fit the site, utilising the existing topography and natural surroundings, and the sustainable Robinia equipment fits perfectly into the existing park setting.”