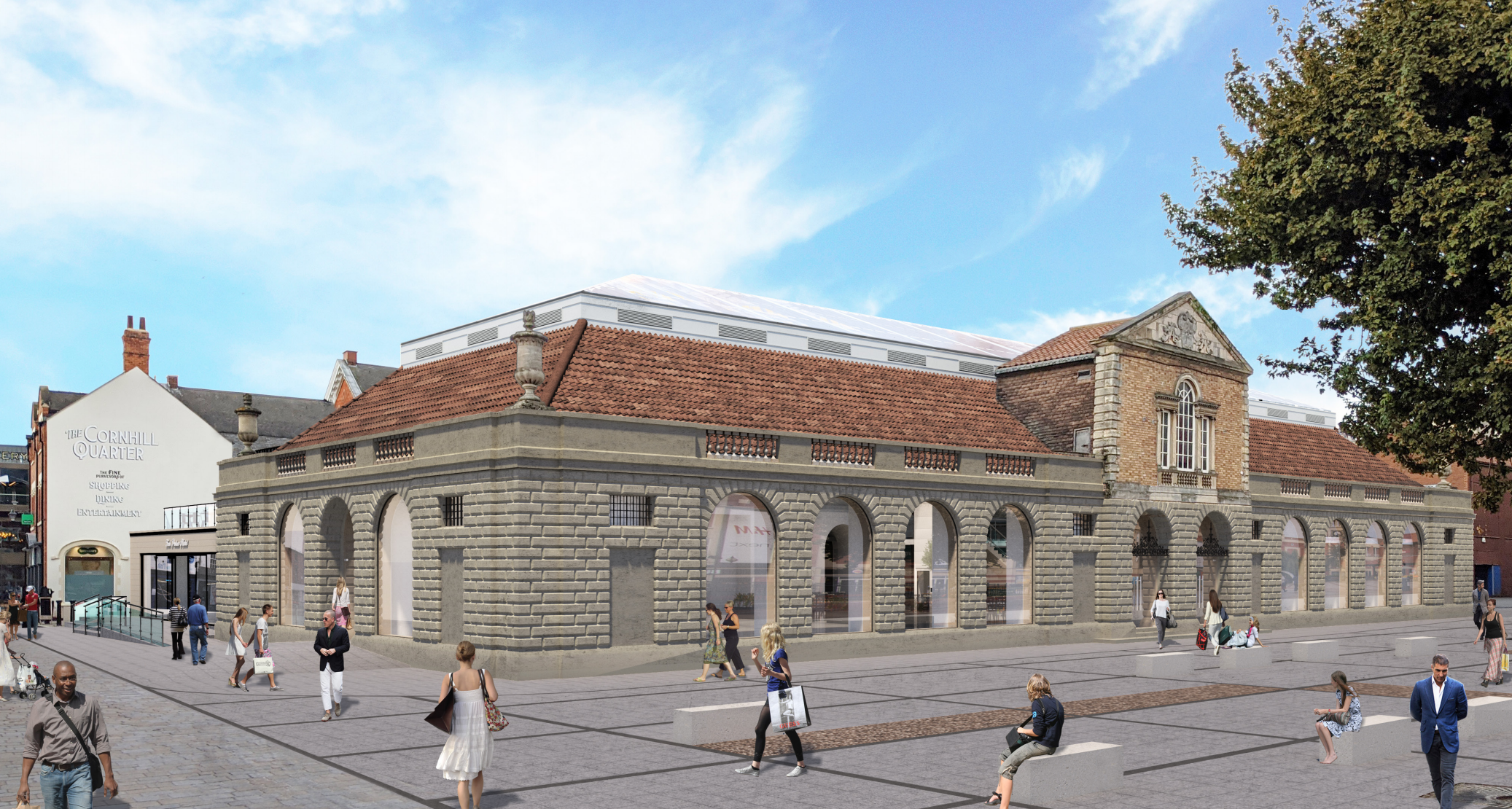 City of Lincoln Council’s Planning Committee will consider proposals for the redevelopment of the Lincoln Central Market, which if passed could see significant investment in this part of the city.

At the meeting on 30 June, members of the committee will look at proposals which would re-invent the market to provide a greater opportunity to include a variety of stalls to respond to local needs.

City of Lincoln Council submitted plans for the redevelopment of Lincoln Central Market in March 2021 and include works which aim to repurpose and restore the Grade II listed building within the city centre’s prime retail area to create a modern and diversified market offer, combining non-food retail, food, leisure and technology.

Furthermore, the plans also include landscaping for City Square, which would see greenery added to the area, along with seating.

These proposals would complement work already completed in the £70 million Cornhill Quarter delivered by Lincolnshire Co-operative, as well as the £30 million Transport Hub delivered by City of Lincoln Council.

“It is exciting to see how this area of the city has been redeveloped over the last few years, and the redevelopment of the Central Market would create an anchor destination within the Cornhill Quarter.”

Market trader, Rob Ashworth, of Cornhill Shoe Repairs, added: ‘’It is brilliant to see the plans that have been submitted and I am excited to see the scheme develop as the market would benefit significantly from this redevelopment.’’

City of Lincoln Council has liaised with Historic England throughout the development of the proposals, and in their supporting letter to the application, Historic England welcomed ‘this exciting strategic initiative for heritage led regeneration in Lincoln, which will add greatly to the successful regeneration of the Cornhill Quarter’.

Maria Clayton, Project Manager at City of Lincoln Council said: “The council has also carried out wider public engagement and feedback has been incorporated into the design where possible.”

Jo Walker, Assistant Director for Growth at City of Lincoln Council, added: “We have now been offered £19 million from the government’s Town Deal Fund to deliver a range of projects across the city. Lincoln Central Market is one of the projects identified within this programme for funding, subject to a full business case being approved.

“We are currently developing the business case which will inform the progression of the works.

“Subject to receiving planning permission, and our business case being approved, we are hoping to start on site in early 2022.”