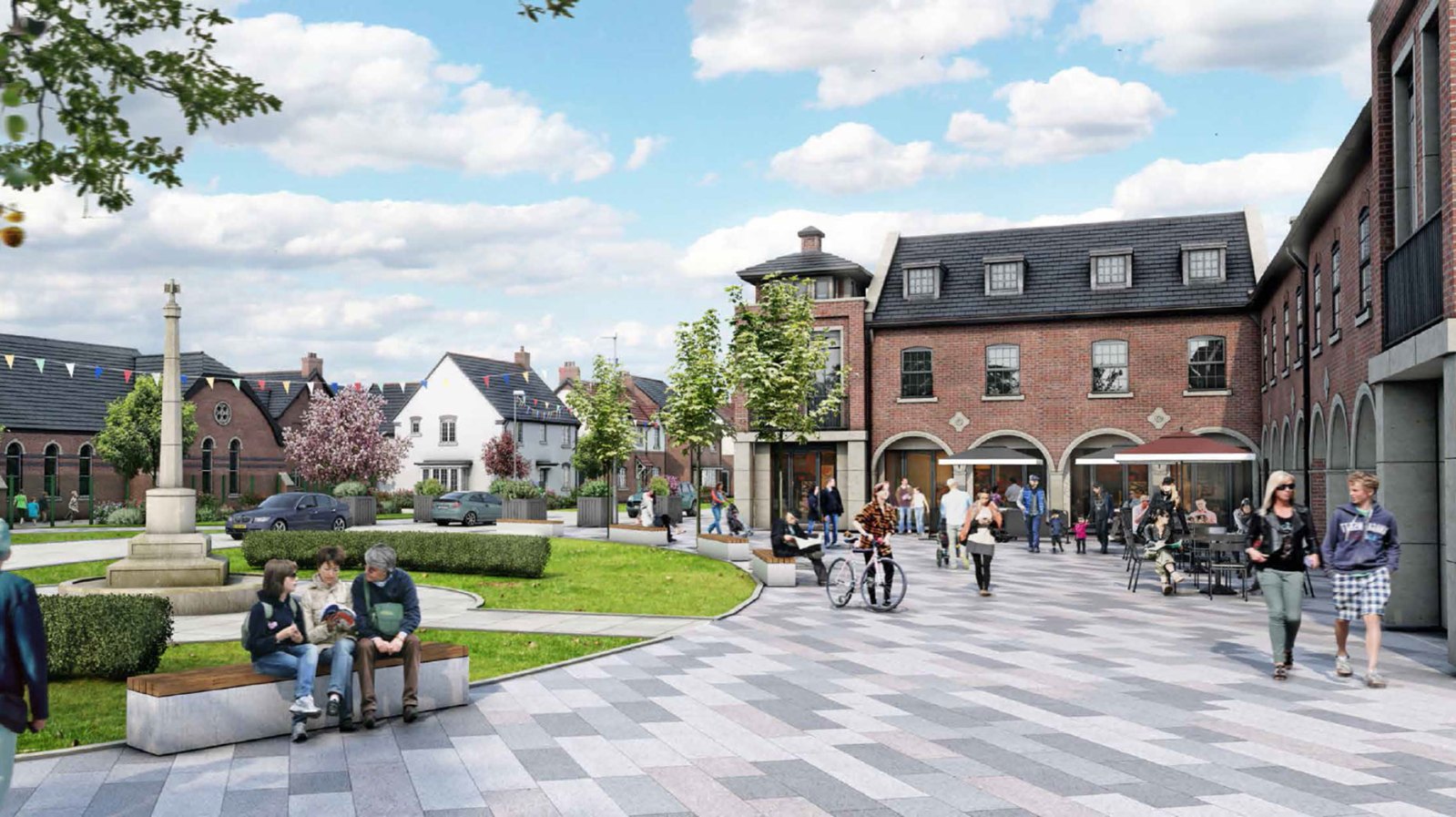 Plans for a new urban extension for Lincoln will be deliberated by City of Lincoln Council next month.

The plans for Western Growth Corridor which extends to 240 hectares, and is located to the north of Skellingthorpe Road, have been jointly submitted by landowners Lindum Western Growth Community Ltd and the city council.

Proposals, which will be decided upon by Full Council sitting as Planning Committee on 12 January, include:

This site has long been promoted for the creation of an urban extension.

Plans for the site were previously submitted in 2006 by Taylor Wimpey for development of 4,500 dwellings plus employment, leisure and retail uses, open space and a park and ride site.

A revised application for 5,100 dwellings was submitted in March 2008, and subsequently withdrawn in February 2016.

The current application was submitted in March 2019 and is a joint planning application made by City of Lincoln Council and Lindum Western Growth Community Ltd.

Western Growth Corridor is allocated as one of Lincoln’s four Sustainable Urban Extensions (SUE’s) to allow the Central Lincolnshire area to provide for both housing and employment growth through the Plan period ending in 2036.

Councillors will be making a decision on outline blueprints for the entire scheme and more detailed proposals for road works, which will help facilitate the first phase of construction if approved.

Kate Ellis, Director for Major Developments at City of Lincoln Council said: “The Central Lincolnshire Local Plan was adopted on 24 April 2017 and provides planning policies and allocations for the growth and regeneration of Central Lincolnshire for the period to 2036.

“For the Central Lincolnshire authorities of City of Lincoln, North Kesteven and West Lindsey, a total of 36,960 new homes need to be delivered, alongside new employment, commercial and leisure developments, as well as supporting infrastructure such as schools, sports pitches and public open space.

“As the biggest settlement within Central Lincolnshire, the city of Lincoln and its immediate surrounding area is required to deliver approximately two thirds of this development.

“The Western Growth Corridor is one of these four SUEs, and its development is key to meeting the objectives of the Central Lincolnshire Local Plan and ensuring the continued growth and success of the City of Lincoln.”

Lindum Planning Director Mark Foster added: “Prior to and throughout the planning process, we have continued to work closely with the Local Planning Authority and other key stakeholders, while also attempting to address the concerns of local residents where we can.

“The recommendation for approval of the Western Growth Corridor scheme is the culmination of this process and represents a really important milestone for the project.

“While we are extremely pleased to have reached this point, we recognise that the application now requires consideration by Councillors and we look forward to hearing their decision in January.”

Full details of the plans can be found here, members of Full Council sitting as Planning Committee will discuss the plans in detail on 12 January 2022.