From War and Peace to the Moon 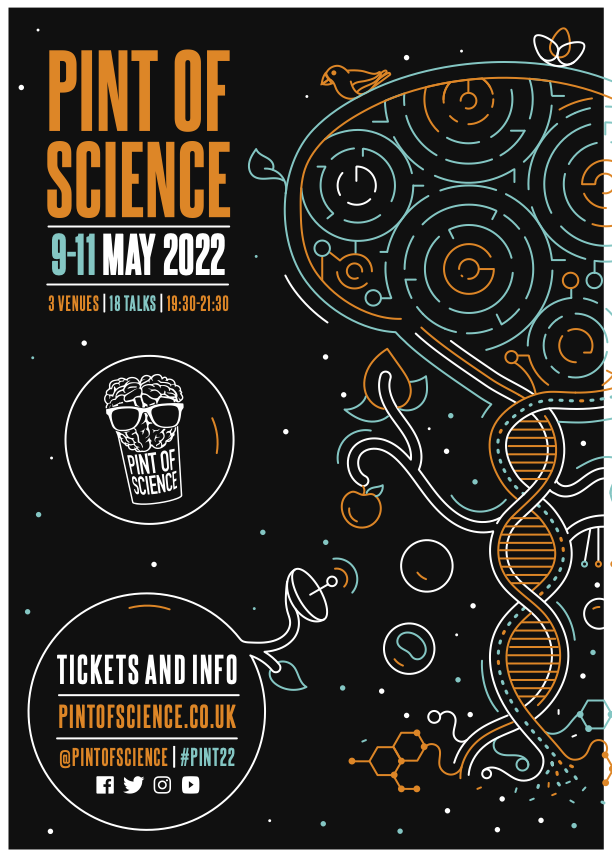 Tickets are now on sale for the world’s largest festival of public science talks, which will see eighteen researchers take to the stage in venues across Lincoln. University of Lincoln researchers will be speaking at three venues across the city: The Pessimist, The Cardinal’s Hat, and The Victoria. As well as two talks, each event will also include a quiz with prizes to be won, and a viewing of Creative Reactions – artworks inspired by the speakers’ research.

Pint of Science Event: From War and Peace to the Moon

How to grow a moon
Dr Phil Sutton (Senior Lecturer in Astrophysics)
Most planets in our solar system have moons orbiting them. The search is on to find moons orbiting planets outside of our solar system, known as exomoons, due to their potential for supporting life. But how do moons form and end up where we find them? This talk will consider some scenarios that can lead to planets having moons, like planetary impacts and gravitational capture.

Evolution of war and peace
Prof Bino Majolo (Professor of Social Evolution)
Scientists and philosophers have debated for centuries over the peaceful or aggressive nature of humans. This talk will present work from psychology, anthropology and animal behaviour to critically evaluate the extent to which our evolutionary past explains our aggressive or peaceful tendencies.