Comedy In The Park: LINCOLN 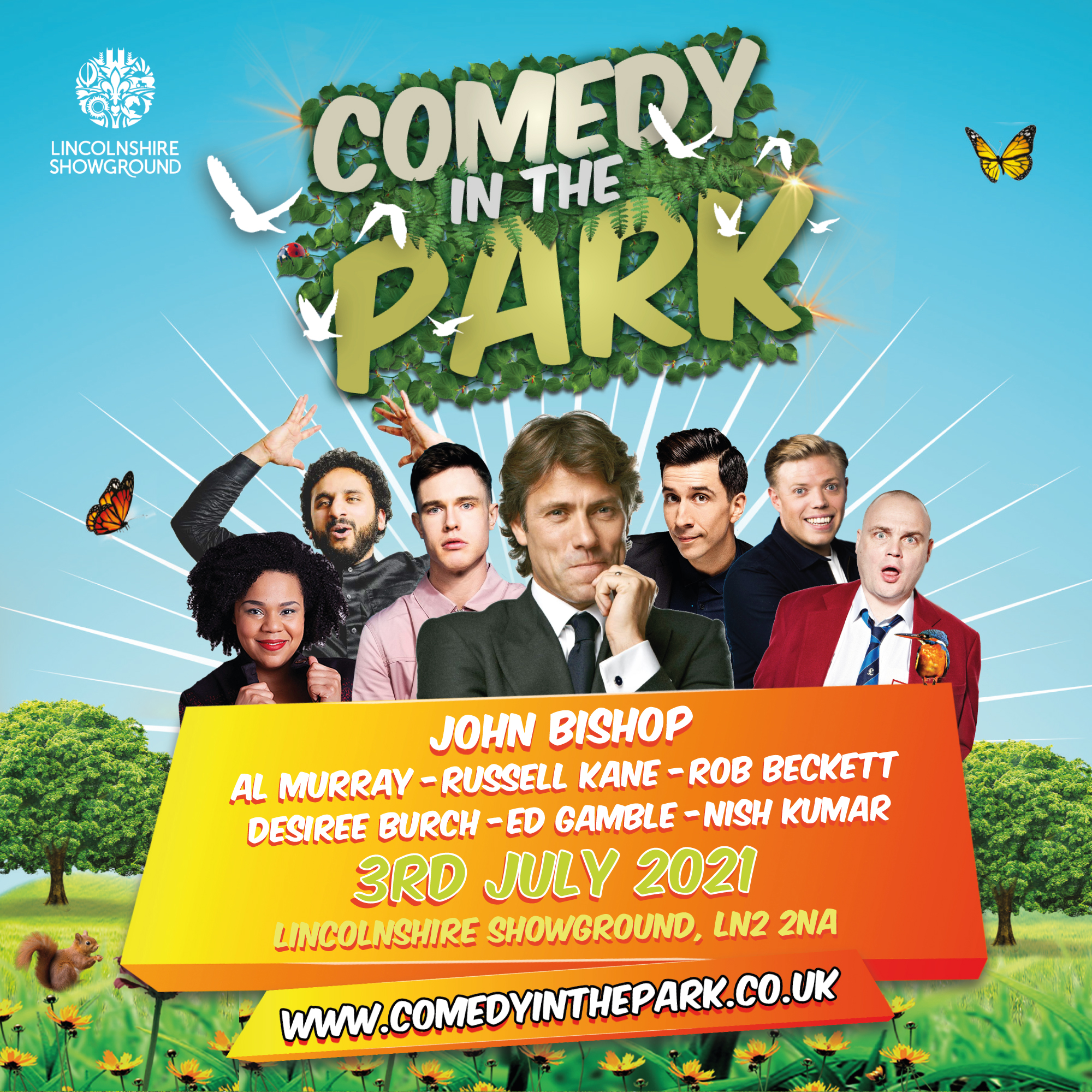 A riotous summer evening of laughter in Lincolnshire

Prepare for a riotous summer evening of laughter as promoter M&B Promotions announces a huge comedy event for 2021.

After many long months of being locked up, comedy fans can finally celebrate freedom and enjoy a riotous summer of laughter in one of the UK’s most stunning green spaces. Home of world-class comedy, Comedy in the Park will feature spectacular stand-up stars and cutting-edge talent. With a Great British summer officially back on, live comedy is set to make a monumental comeback with the biggest comedy event ever staged.

Headliner John Bishop is one of the most popular stand-up comedians in the UK, regularly selling out arenas across the country. The Liverpool born comic has won numerous awards throughout his career. A regular on television screens, John has achieved huge success with a number of comedy shows, he’s also hosted The Royal Variety Performance.

Next up, and famed for his critically acclaimed tours, Russell Kane, who has been performing sell-out shows across the globe. Strap in as Russell races back to the live comedy stage with new material which packs more energy than a Duracell factory.

Following a twice extended sold-out UK tour of his stand-up show Blizzard, winner of Taskmaster, star of Mock the Week and co-host of chart-topping Off Menu podcast Ed Gamble joins the Comedy in the Park line up.

The incredibly popular Rob Beckett joins the line-up. Rob has sold out numerous comedy shows and regularly stars in Celebs Go Dating, Rob & Romesh vs…, & 8 out of 10 cats.

Desiree Burch exploded onto the UK comedy scene in 2015, winning the Funny Women Stage Award since then, she has appeared on, Live at the Apollo, Mock the Week and many more hit comedy shows.

Al Murray completes the line-up, the highly acclaimed stand up comic has won countless awards for his stand up sets and his much loved character the Pub Landlord.

A much needed summer to remember!

Operations Director James Penny commented, “Following the recent government announcement we are delighted to confirm this huge outdoor comedy event. After the year we’ve all had what could be more blissful than a full day of world-class comedy under the sun.

“This is what we have all been dreaming of, now more than ever we need joy, laughter and togetherness. It’s been a tough year for live comedy but it’s coming back with a bang Let’s celebrate freedom together!?

“When you buy a ticket for Comedy in the Park, you’re buying into an amazing experience, as well as all day comedy, you can access various street food vendors and bars. Now more than ever, people need something to look forward to.”

Get your tickets now!

This is the ultimate night out for any comedy lover! Tickets are on sale now at, www.comedyinthepark.co.uk .