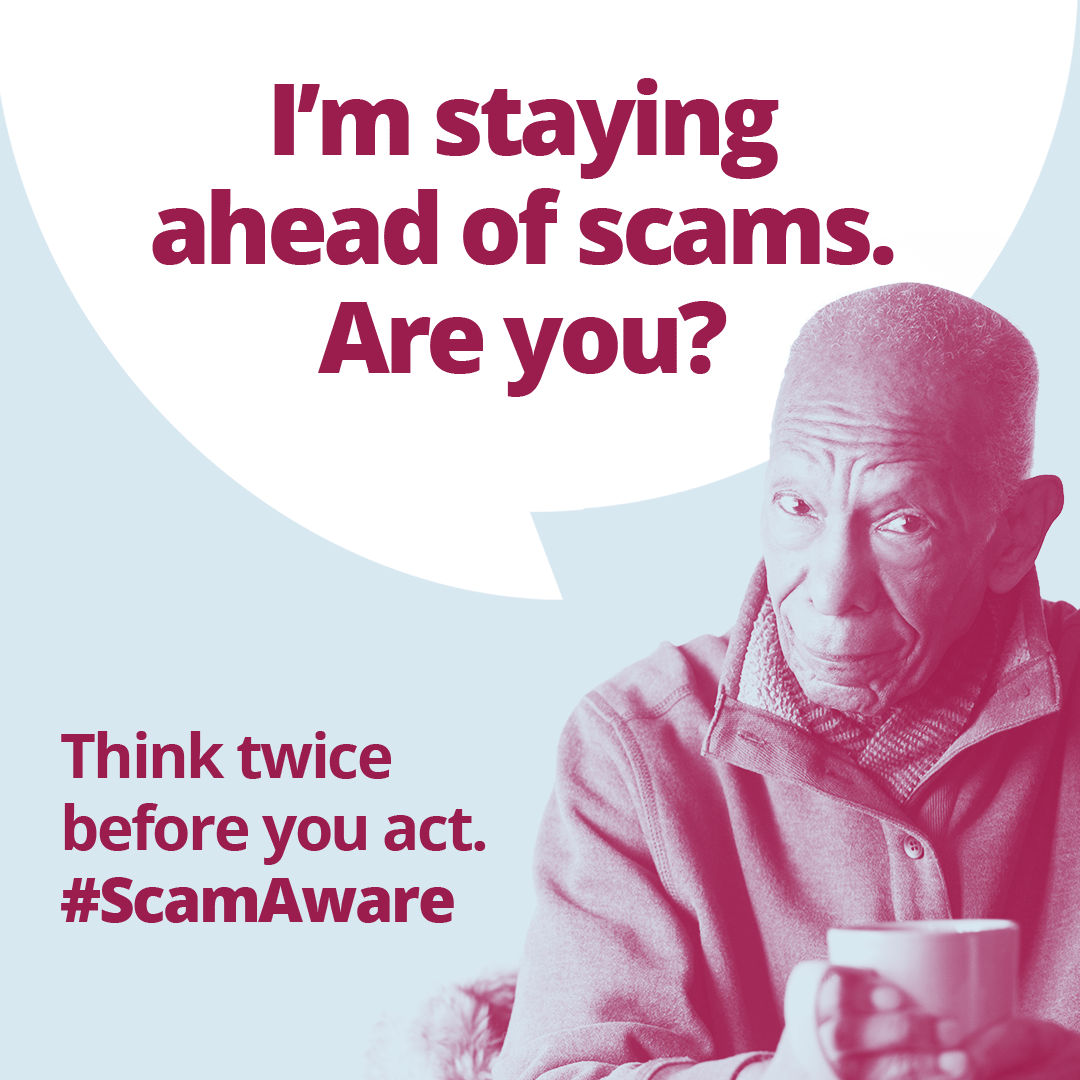 City of Lincoln Council is supporting a campaign with Citizens Advice Lincoln & District to help make people aware of how to spot a scam and know what to if they fall victim.

Fraudsters tried to trick locals in a range of ways, but the biggest scam faced by East Midlands locals is delivery scams. 51% of people in the area said they’d been contacted about a scam of this kind.

Many people in the East Midlands say they’re worried that they or a loved one could fall victim to a scam, with 74% saying they’re concerned this might happen.

To encourage people to report scams, share their experiences and look out for others, Citizens Advice Lincoln & District has launched their annual Scams Awareness campaign.

“A shocking number of people in the area have been targeted by a scammer so far this year.

“As life begins to unlock, it’s so important we all do our bit and report anything that looks like a con when we see it. By learning how scammers operate, and helping each other understand what to look out for, we can all work together to stop fraudsters in their tracks.“

Helping people to succeed is a key aspiration for City of Lincoln Council who are supporting the campaign to help increase awareness on how residents can prevent falling victim to scammers.

Cllr Sue Burke, Portfolio Holder for Reducing Inequality at City of Lincoln Council, said: “Scams come in many forms and are constantly changing which can make them harder to spot, so we’re supporting Scam Awareness Fortnight to help give people the confidence to spot a scam and the knowledge of how to report it when appropriate.

“Talking more about scams is not just an opportunity to highlight how to avoid being scammed, but also allows victims to share their experiences if they feel able, and remind those that are targeted that they can happen to anyone and they are not alone.”

To help stop more people being fleeced by these types of scams, Citizens Advice Lincoln & District and City of Lincoln Council are sharing the following tips on how to spot them.

●    it seems too good to be true – for example, a holiday that’s much cheaper than you’d expect
●    you suspect you’re not dealing with a real company – for example, if there’s no postal address
●    you’ve been pressured to transfer money quickly or in an unusual way – like by iTunes vouchers or a transfer service
●    you’ve been asked to give away personal information like passwords or PINs
●    you haven’t had written confirmation of what’s been agreed

●    talk to your bank or card company immediately if you’ve handed over any financial and sensitive information or made a payment
●    report offline scams, like telephone, post and doorstep, to Citizens Advice online or by calling 0808 223 1133. Report online scams to the dedicated Scams Action service either online or on 0808 250 5050
●    report the scam to Action Fraud on 0300 123 2040